This month lectures in our library

Not all lectures in english language! If you have any questions, please contact us!

Every last Sunday of the month:
Dana and Dhammadesana in sinhalese with the residing monks

For lectures at Das Buddhistische Haus, we would appreciate a donation. 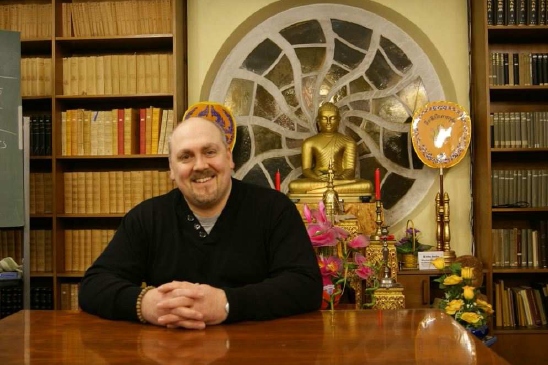 Tuesdays 17:30 clock, in our library, Rodrigo Gonzalez would like to guide you for understanding of the buddhist teachings.
The buddhist studies are a public course, which may be attended by anyone interested. This course provides the teachings of the Buddha as well as the practical applications of meditation from the beginning. Getting into this course at any time.

Donation of 7,- EURO per course requested

The join or quit possible at any time!

Are you interested?
Then please sign in, personally, by phone or email in the office of Das Buddhistische Haus.

Vesakh Festival - in May
May 07, 2023
...it actually encompasses the birth, enlightenment and passing of the Buddha.


Poson Festival - in June
June 04, 2023
recalls that the son of the Indian emperor Ashoka, Buddhism in the 3rd Cent. BC brought to Sri Lanka.
Kathina Festival - in October
October 28+29, 2023
The traditional Buddhist Kathina Festival is on full moon at the end of the rainy season.
In our time calculation, it is the full moon of the gregorian of month October or November.
The essential element is it to offer new robes for the monks of a monastery, what's especially in Theravada Buddhism is practiced.


The dates of these celebrations vary annually and will be announced.